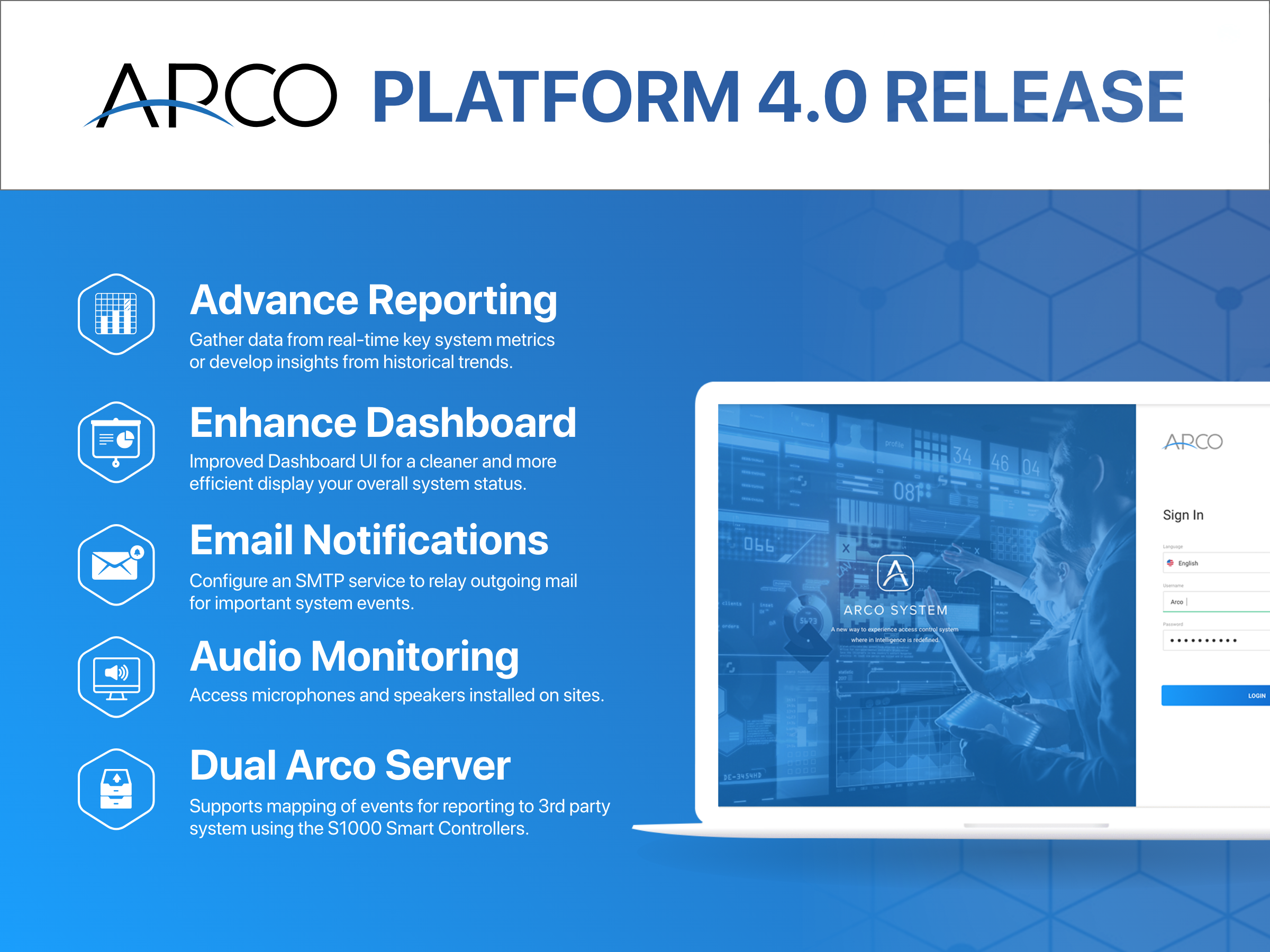 ARCO Platform 4.0 now enables you to configure an SMTP (Simple Mail Transfer Protocol) to send, receive, and/or relay outgoing mail between email senders and receivers.
ARCO Platform Rules module enables you to fully control exactly when an email notification will be sent. 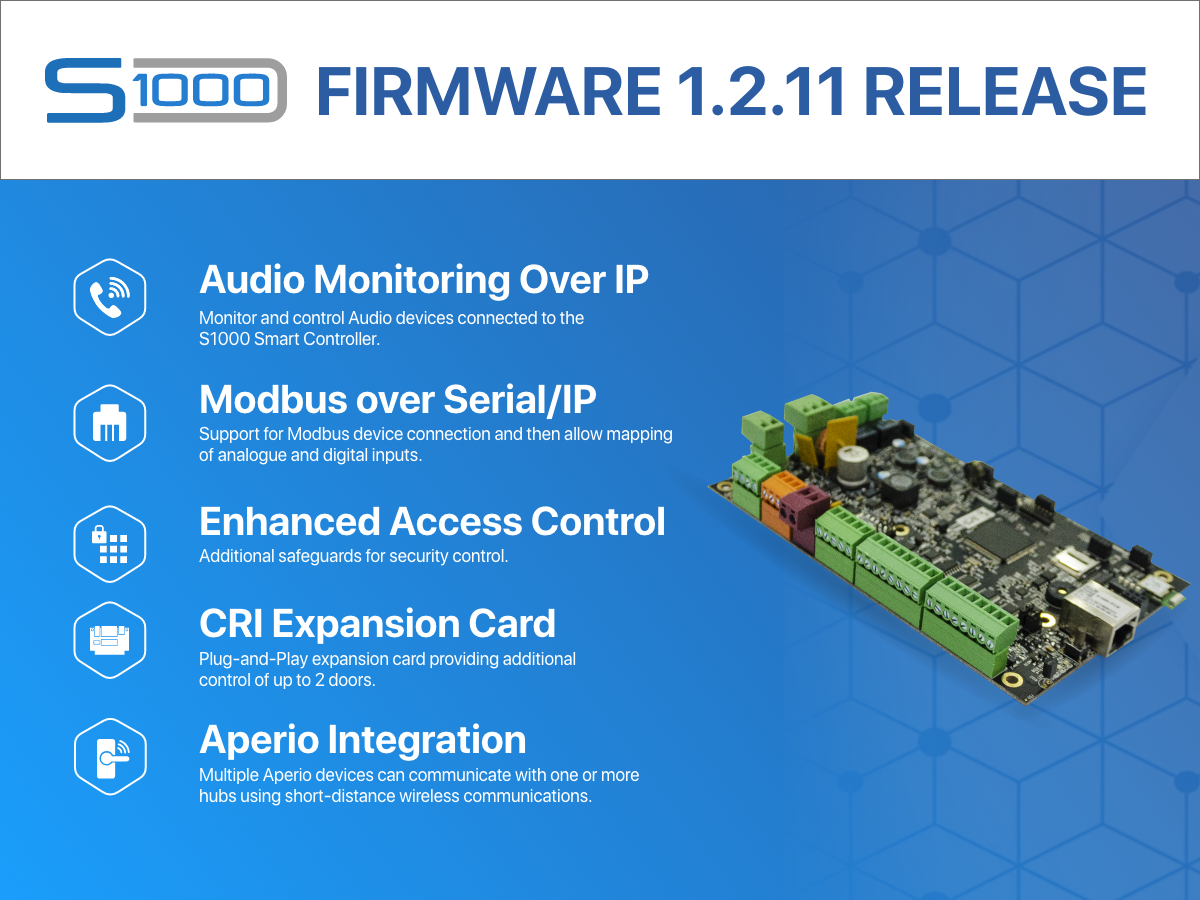 The SPG Card Reader Expansion card (SE1-CRI-PCB) provides an easy expansion for an S1000 Smart Controller, providing additional control of up to 2 doors. The board has built-in dual Wiegand reader support for In/Out readers on the door and has 2 relay outputs. There is also 2 additional digital or analogue inputs software configurable that can be used for Break glass and Door contact functions. Additionally, if the Wiegand inputs are not used, they can also be configured as Digital or Analog inputs for RTE or other general-purpose inputs.